Usually, people spend more than 4-5 hours a day using the internet, social media and other things. On average, a person picks the phone for more than 40 times a day. These facts prove how people are obsessed with the screens and it has become a common thing. People do not realise that they are wasting their time which could be spent on productive stuff and activities.

But the biggest issue here is with the teens and kids. Adults can manage these things. But the teens and kids are more addicted to these things and it is hard to help them get rid of this. This worries the parents and they look for options when it comes to dealing with the screen addiction of their children.

Before we talk about parents and screenagers, we need to understand what this term means. Screenagers are the people in their teenage with an aptitude for computers and the internet. In other words, kids and teens addicted to screens are called screenagers. This is nothing new. Rather, we see teens using smartphones for a long time. It is not just about the phones, they also use other devices and gadgets.

Use of Screens in Schools

It is really important to understand how and where the kids use screens and how it is dangerous for them. We see most of the kids having their phones. Whether they are at school or home, they are using them. Even at schools, there are other devices and computers which encourage the kids for screen use. In this case, the teachers have the responsibility to let kids know it is not good for them.

There should be no doubt that there are several reasons when it comes to screen addiction. Videos games are one of the few. A lot of teens and even the adults play games on their cell phones. They spend a huge chunk of their time on these video games. But they have turned out to be dangerous for the youth.

The increasing number of shooting incidents in America and other countries are the outcome and effect of video games. Teens and adults play such games which encourage them to apply their skills in real life. They are not afraid of it. With this, they start killing innocent people. It can also be said that video games lead to mental health issues in teens.

Another factor that worries most of the parents is the use of social media in the kids and teens. We know most of us are addicted to social sites. Adults spend more than five hours a day on social sites. But kids spend even more time than this. On social sites, there are a number of issues due to which they are not safe for children.

Bullying and trolling is common the social sites. Most of the kids are bullied and trolled. It leads to even more issues like personality problems, stress, confidence issues and mental health weakness. Kids cannot accept these things. Moreover, they are exposed to predators and sex offenders who are always looking for such people.

The Real Battle is Here

From the whole discussion, we learn that the real issue is between the parents and the teens. Parents want to keep a check on the activities of their children so that they can know what they are doing. On the other hand, kids are not ready to share such things with their parents as they fear their freedom will be taken away.

So in such cases, parents should use a BlurSPY Android spy app. With the help of such a tool, the parents can secretly and remotely monitor the screen use and internet activities of their children. Kids will never find out that their parents are spying on them. 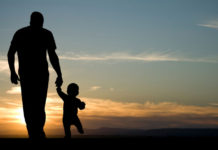 Top Things For Kids To Do In NYC’s Central Park