Thanksgiving Day celebrated as a national holiday in United States in the month of November to give thanks for the blessing of the harvest and of the preceding year. Thanksgiving is one of the most beloved holidays. The celebration of Thanksgiving is, in general, a feast to give thanks for the fruits of the previous harvest. Thanksgiving Day in America is a time to offer thanks. There are family gatherings and holiday meals; a time of turkeys, stuffing, and pumpkin pie. You can celebrate Thanksgiving in various ways, visit frugaltrendsetter to know different and creative ideas to celebrate Thanksgiving. While you may think you know a great deal about it, you might be missing a few interesting facts and figures. If you’d like to impress your dinner guests with some fun knowledge this year, then check out these 11 surprising Thanksgiving facts.

Fact #1: Initially Thanksgiving lasted for one or more days

You might get into a food coma eating all the tasty treats from Old Time Candy this Thanksgiving but just be happy it’s not all like it used to be. The first celebration in the fall of 1621 in Plymouth Colony lasted for three days. That would have been a bit too much eating.

Fact #2: Almost 300 million turkeys are raised for the big day

Since turkey is such an integral part of Thanksgiving and our country such a big place, there needs to be a lot of turkeys to fill our stomach. According to estimates, nearly 300 million turkeys are raised each year, with Minnesota raising the majority of them. In fact, it’s seven states that control around 70% of the turkey trade. These states are Minnesota, North Carolina, Arkansas, Missouri, Virginia, Indiana and California.

Fact #3: Not every food item is American

We eat so much turkey and sweet potato that we can’t even handle it all. Quite a big chunk of the turkeys come from Canada. While Canadians do celebrate Thanksgiving, they actually do it in October. The other big importing country is the Dominican Republic, which provides us with sweet potatoes. Interestingly, they don’t celebrate the holiday at all!

Fact #4: Turkey has been a popular space meal

While most turkeys can’t fly, turkey has made it to space. In fact, the turkey was the first meal enjoyed by Neil Armstrong, Buzz Aldrin and Charles P. Conrad when they were on the moon. Now, that’s clearly proof that turkey is the nation’s favorite dish.

Fact #5: There are multiple towns named after popular Thanksgiving dishes

Thanksgiving has even found its way on our maps with plenty of towns named after the main course: turkey. You have Turkey Creek in La, Texas, N.C, and Arizona. But it’s not just the turkey we love – we’ve named seven places around the country after popular side dishes such as cranberry.

Fact #6: Detroit Lions have been playing every Thanksgiving

The first broadcasted national Thanksgiving Day football game took place in 1934. The game was played between Detroit Lions and Chicago Bears. Ever since that day, the Lions have always played during Thanksgiving – except during World War II.

Thanksgiving and football is definitely a thing you want to combine. You can get your gear sorted out at Lids.com and ensure you watch this year’s match in style. Perhaps you can even tune in to see the Lions play against Minnesota Vikings.

Fact #7: Turkey might have been the official bird of the US

We all love bald eagles and think it is the perfect symbol for our beloved country. But it could have been something entirely different. Yes, if Benjamin Franklin had had his say, the official bird would have been a turkey. Franklin felt the turkey is the most respectable bird and a native of America.

Fact #8: Turkey has both white and dark meat

Turkey has a combination of the healthier white mean and the fattier darker meat. The majority of the meat is white, which makes up around 70% of the turkey. This white meat is much leaner and has fewer calories. If you are worried about your weight during the holidays, you might want to check for tips from Weight Watchers.

We also love cranberries with our turkey. Indeed, nearly 800 million pounds worth of cranberries is produced every year. The burden falls mainly on two states: Wisconsin and Massachusetts. You can get your cranberry fix sorted right now at Harry & David.

According to the National Turkey Federation, around 88% of us eat turkey on Thanksgiving. You can order your Thanksgiving turkey online right now from Fresh Direct. What do the remaining 12% eat? A lot of them are probably vegetarians and might opt for a delicious tofu meal – the Internet is full of great recipes to try.

Fact #11: Thanksgiving is the most popular turkey-eating holiday

While Christmas and Easter are also holidays closely associated with turkey, Thanksgiving is the winner in terms of turkey consumption. In fact, we eat more turkey on Thanksgiving than on Easter and Christmas combined. This is not such a bad idea – Christmas isn’t that far from Thanksgiving and you might want to check out eBooks.com for cookbooks and new food ideas. Turkey is great but we don’t want to eat it all the time, right?

Thanksgiving is a fantastic holiday, filled with tasty food and fun games to play. You can find great entertainment and decorations for your party this year from Target. Don’t forget to use the above facts at the dinner table – they will surely impress and surprise your guests! 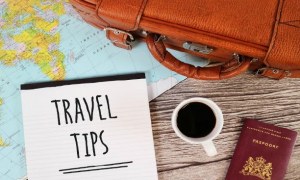