How to find happiness?

They are two sets of people in this world and both sees things through their own lenses. These people will try to find happiness and fulfillment either through moral conformity or the way of self-discovery. We use either moral conformity or self-discovery to shape how we see the world and our understanding of the world around us, as a way of finding personal significance and worth and even our determination of right from wrong are determined by which of these way of life we chose.

We see this paradigm taking place in the story of the prodigal son (Luke 15). The elder brother in the parable illustrates the way of moral conformity. These people believe that the way of live and happiness is for one to conform to the hidden and written rules of society or community of which we belong whether it may be our local church or secular society or community. A person who takes the road of Moral conformity believes in putting the needs of the community above their own self-fulfillment; they might slip at times, but they will always get back on track.

They are two sets of people in this world and both sees things through their own lenses. These people will try to find happiness and fulfillment either through moral conformity or the way of self-discovery.

The younger brother on the other hand illustrates the way of self-discovery. According to Timothy Keller in his book, The Prodigal God, “This paradigm holds that individuals must be free to pursue their own goals and self-actualization regardless of custom and convention.” Keller further said that “In this view, the world would be a far better place if tradition, prejudice, hierarchical authority, and other barriers to personal freedom were weakened or removed” (p.30).

They are far more people who take the road of self-discovery today than they who takes the road of moral conformity. These are some of the people who believe they should live their lives anyway they see fit. These are some of the people who you see every day sporting tattoos and piercing all over their bodies and live reckless lives. You can even find some of these people who took the road of self-discovery in the entertainment industry, more specifically Rock music and those who listens to them normally take on their personality and shows disgust for morality, authority (even the authority of their parents) and society standards of dress, lifestyle, etc.

The person who chooses the way of moral conformity will say, “I am not going to do as I please, but what the community and even God wants me to do” while the person choosing the way of self-discovery says, “I am the only one who can decide on what is right or wrong for me. I am going to live my life as I see fit and find my true self and happiness that way”.

Although these two ways of live makes up the two categories of people in this world, I believe that not every one of us falls in either of these two categories: moral conformity or self-discovery. Reason for saying this is because most of us have temperaments that predispose us to either way of life. While some of us will go back and forth trying to find their way in society– this is especially true of most teenagers who will seek a reckless live when they are young– the road of self-discovery– but when they grow older take will take on the road of moral conformity. Some people on the other hand will try to combine both ways of life’s or approaches. These are some of the people who live double lives– they will appear to everyone as the elder brother (the man or woman who has a great office job and great family) but then at the same time maintain a secret life of younger brother mentality or behavior. Many businessmen, religious leaders, government officials and educators have been caught in this situation every day.

Our western culture is deeply intertwined in these approaches and it is widely accepted that each one of us must take on the role of one of these. Either way you will be criticized for your choice. The moral conformists will say that most, if not all, of the problem in this world is caused by immoral people– teenage pregnancies, drugs and other forms of abuse, crime and violence amongst other. The advocates of self-discovery will say that it’s the people who conform to a certain way of live or rules are the problems in this world– even religious people– while progressive people are the solution. Each basically says that their way is the right way.

Our western culture is deeply intertwined in these approaches and it is widely accepted that each one of us must take on the role of one of these.

Check out The Prodigal God on Amazon by clicking Here 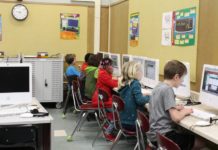 The Importance of Education in Self-Improvement 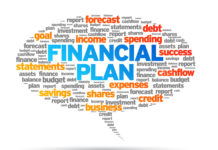 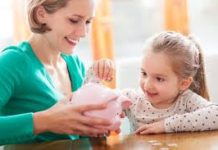 10 Holiday Gifts for Kids to Teach Them Financial Responsibility

10 Holiday Gifts for Kids to Teach Them Financial Responsibility