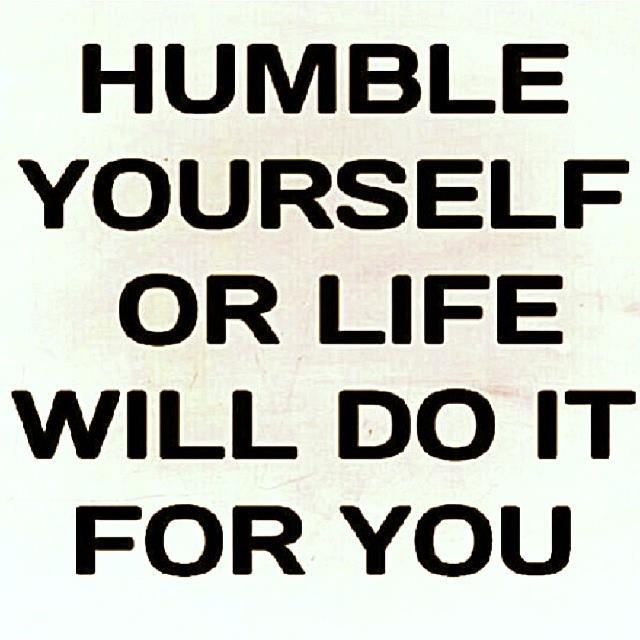 When you think of someone who was very humble in the Bible you immediately think of Jesus Christ. Jesus was the most humblest person that ever lives and he teaches his disciple, and us today, the art of #humility, he teaches us that we MUST BE HUMBLE.

What Jesus was basically telling his disciples that in order to be great you must be humble. You must have a lowly mentality, not one fill with pride. At times you will have to give up your right and just like a little child will always run back to the one who just punish him/her we too cannot keep malice.

Many times we have been placed in a position or given certain abilities and or gifts and instead of using it to serve others we looked down on others thinking we are better or know more than they do. You are given certain ability and place in positions of authority or influence so that you can make a difference in someone’s else life. If you live your life looking down on others then one day #God will humble or put you down by taking that which he has given you away until you can be humble. The Lord does not blesses some of us as he would want to, or place us in certain position because he knows we will that which he gave us to belittle or destroy others; and ourselves. The way to up is always down.

None of us will be right all the time. The only person who never makes a mistake is God. Being wrong or making a mistake doesn’t mean that you are not fit for the position or you are not educated, it just means that you are an imperfect being, you are human with flaws. If you are wrong or made a mistake just come out and say it. Not everyone will appreciate your honesty and imperfection, but those will always be the minority (not that the minority is not important), but there will be people that will appreciate your honesty and imperfection.

4. Humility is being able to humble yourself before those who are above and below you.

David was anointed to be king, but Saul was occupying the position of kingship. To add to this, Saul wanted to kill David. Despite the many times Saul tried to kill David, David would always go back to Saul so that he could fulfill his duties. Not only that, Saul’s life was given into the hands of David and he could have killed him, but David realize that Saul was the Lord’s anointed on the throne even though God had rejected Saul as being King. David decided that since God had made Saul king over his people, then he God will have to remove him. In addition to this, David never spoke evil or blasted his leader even though Saul wanted to destroy him. He humbled himself and gave Saul the respect he deserved, even when Saul died David still viewed him as the Lord’s anointed.

There will be many times in each one us life’s the person who is above us (e.g. our pastor or religious leader, parents, boss, etc.) will speak evil of us, lie on us or even mistreat us. Despite this, you must realize that God has put or allowed them to be in the position they now occupy. Therefore, regardless of what they may say or treat you they still deserve the respect and honor that is due on to them. HUMILITY ALWAYS EQUAL FORGIVENESS and respect also equals forgiveness. In addition, there will be times when someone is occupying the position that is rightfully yours, do not boast or cause problems for that person, but humble yourself before them; allow God to remove them as you might take matters in your own hand and ends up destroying what God have for you and even yourself. There will also be times when someone will be in a position that they are not managing properly, don’t try to belittle their authority, but respect them and if you are correcting or showing them something always do it in a respectable manner.

The way to go up is always down. In other words, what Jesus was saying to his disciples, if you want to be great then, you must be humble, you must go down. Jesus said to his disciples that you want to be a leader you must be willing to be a servant. Anyone who is great or is a leader is a servant. If you are not willing to be servant God will put you down, and it will not be pretty. Jesus showed this great truth when he being their master wash his disciples feet and encourage them likewise to do the same to each other’s and in extension to others and if they will humble themselves they will be bless.

“When he had washed their feet and put on his outer robe, he sat down again and said to them, “Do you realize what I have done to you? You call me Teacher and Lord, and you are right because that is what I am. So if I, your Lord and Teacher, have washed your feet, you must also wash one another’s feet. For I have given you an example, so that you may do as I have done to you. Truly, truly I say to you, a servant is not greater than his master, and a messenger is not greater than the one who sent him. If you understand these things, how blessed you are if you put them into practice!” John 13: 12-17 (ISV)

Remember, #Satan was one of the greatest Angel in heaven and he got kicked out because of his pride, he could not be humble. He was beautiful and he allowed his beauty and position to rob him of his glory (See Isaiah 14: 12-15; Ezekiel 28:12-27)

“Better it is to be of an humble spirit with the lowly, than to divide the spoil with the proud”. -Proverbs 16:19

“A man’s pride shall bring him low: but honour shall uphold the humble in spirit.” -Proverbs 29:23

“But he giveth more grace. Wherefore he saith, God resisteth the proud, but giveth grace unto the humble.” -James 4:6

“Humble yourselves in the sight of the Lord, and he shall lift you up.” -James 4:10

“Likewise, ye younger, submit yourselves unto the elder. Yea, all of you be subject one to another, and be clothed with humility: for God resisteth the proud, and giveth grace to the humble.” -1 Peter 5:5 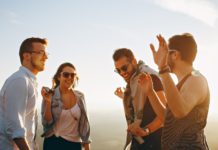 5 Things You Can Do To Be Spiritually Happier Right Now 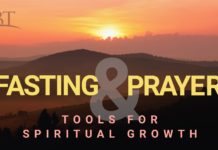 4 Ways Fasting Will Bring You Closer to God

Thanks you so much for this article, I really needed this help tonight. God bless you, I truly appreciate it.

Go to the next level