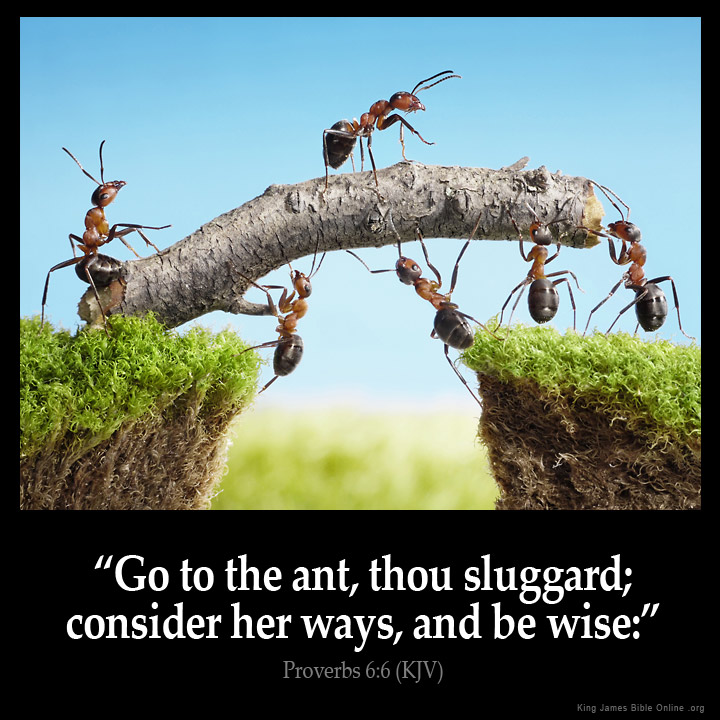 Many families are face each day with the burden of having to feed and take care of a lazy person whether it is their spouse, children or a relative. They refuse to find a job, take care of the house, and all the job they want to do is to eat your food, play video games on your television, sleep on your couch, watch television all day, making excuses for everything, and won’t look for a job.

There is two types of people in this world, those that are #ants, and those that are sluggards. The ants are those who will work and ensure there is food in the house and there families are taken care of, while the #sluggard are those that are lazy and want to do anything.

#God calls us to be Ants & not sluggards. which are you, ant or sluggard?

The Bible through #Solomon encourages us to consider the prosperous ways of the ant and avoid the pitfalls of the sluggards.

“#Go to the ant, thou sluggard; consider her ways, and be wise: Which having no guide, overseer, or ruler, Provideth her meat in the summer, and gathereth her food in the harvest.” (#Proverbs 6:6-8)

ANTS AND THE SLUGGARDS

The book of #Proverbs instructs the sluggard to take a moment and learn some important lessons from the ant. The interesting thing about the ant that makes it such an interesting thing to study is that the ant has no guide, overseer, or ruler but is self-motivated working hard in the summer and #saving for the winter. The ant does not wait until winter to start making preparation, but it thinks about tomorrow and puts the necessary things into play.

Many times we leave things until last minute and then we hurry to do what we should have been doing months before. The ant is not like that. The ant does not sit on the coach all day watching TV, eating and sleeping, but it goes out to work, and because of that when winter arise and it is no longer able to work or go out the ant already have sufficient food to last through the winter. Neither does the ant consume more than it produces.

The Bible shows the wisdom of the ant as it gathered its food in the summer and storing some for winter. That makes the ant future oriented.

The sluggard on the other hand does not think about tomorrow. The sluggard is lazy, unmotivated, slow, fearful, and doesn’t think ahead. If you are a sluggard, please understand this: no one wants a lazy person around them who do nothing but consume and does not produce.

Solomon wrote, “How long wilt thou sleep, O sluggard? When wilt thou arise out of thy sleep? Yet a little sleep, a little slumber, a little folding of the hands to sleep: So shall thy #poverty come as one that travelleth, and thy want as an armed man.” (Proverbs 6:9-11)

The two, Ants and sluggards, shows us that we should take note of the people we hang around, the present-minded sluggard class, and the future-minded ant class; producers and consumers.

Those that have the ant mentality thinks about the future and start making preparation now for what may happen tomorrow. They know where they want to be five years from now and what they would like to achieve and they work towards it. They also thinks about where the world is going and how it may affect them. These are the people that are able to take care of their families and leave them an inheritance.

The sluggard in society on the other-hand only thinks about today and what they can have today. They do not consider that life changes and so they should get an aboard so they are not left behind. Because of their laziness they end up being poor while the ants ends up being prosperous.

What is needed for the sluggards is that they need to start changing their lazy mentality and start imagining their future and disciplining themselves to sacrifice present pleasures for future needs.

For example, the sluggard is mostly concern with depreciating things like having the latest car, jewelry, or the latest status gadgets. The ant, in contrast, focuses on acquiring an education, job, or getting that business off the ground.

The Bible tell us that we should always be thinking about our future and that there are thinks that we think we may need now, but they can stay for later:

“Prepare thy work without, and make it fit for thyself in the field, and afterward build thine house” (Proverbs 24:27).

For example, it is more important to get an education, learn a trade or get that business off the ground before we start thinking about perishable things are building our own house. These things can come after.

The Bible further gives us a description of the sluggard who is always in need but has nothing.

THE SLUGGARD PROCRASTINATES. The sluggard would rather let something stay for another time than doing it now. Procrastination speaks of people that never get around to doing anything positive with their lives. They don’t have their priorities straight and often wait to the last minute to do what needs to be done.

THE SLUGGARD IS LAZY. Lazy people sit around all day wasting their lives away sleeping, watching television, or playing video games. These are the same people that would rather stay on welfare and live off the taxpayers than find a job. Scripture says the sluggard is “attached to his bed like a door swinging on its hinges” (Proverbs 26:14).

THE SLUGGARD IS FULL OF EXCUSES. Many people instead of doing something they start making excuses. A sluggard will find excuses of why they can’t do something, why their lives are the way it is, and why they can’t do anything about it.

THE SLUGGARD DOES NOT SAVE. The sluggard will spend all that he has today and not consider about saving anything for tomorrow.

Let us consider the ant:

THE ANT IS SELF MOTIVATED. Self-motivated people don’t need a parent, a teacher, or boss to get them going. Ants are self-starters.

THE ANT IS FUTURE ORIENTED. Ants think ahead. They are future oriented. They do not sit around idling but they start moving. They thinks about tomorrow and any eventualities and start making preparation for their tomorrow. Jesus encourages those that were listening to his teaching to first think about the future and consider the cost before moving ahead:

THE ANT IS A SAVES FOR TOMORROW. The ant is disciplined, works hard, saves, and refuses to consume more than it produces.

THE ANT PREPARES FOR TIMES OF SCARCITY. The Bible tells us that in the summer the ant would gather it food and store them for the winter. In the winter they will not be able to go out and hunt for food therefore it will be a time of scarcity. While you have the opportunity to work and to follow your dreams, go ahead and do it.

While the ant is #living a prosperous life enjoying the fruit of its labor, the sluggard will be in poverty. Each one of us should consider the way of the ant and follow in its footstep. None of us knows what tomorrow holds, therefore we should “make hay while the sun is shining.”

Do you have anything to add to this article, or wish to make a comment? Please leave a comment in the box below. 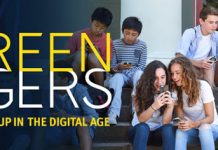 Looking to The Old Testament in The Fight Against Addiction